On the 2nd of August, we visited Akagera National Park. It is one of the three national parks in Rwanda. It is about two hours’ drive from Kigali and is in the north-eastern area of Rwanda along the border with Tanzania. The park is named after the Kagera River that flows in and out of its eastern boundary.

Akagera National Park is the largest protected wetland in central Africa and covers about 433 square-mile (1,122 sq Km). After the Rwandan Civil War, much of the park land was reallocated for farmland to accommodate returning refugees. It had resulted in mass slaughtering of lions and about 300 lions were killed and decimated by farmers to protect their cattle. From 2010, Rwandan government started building fences along the western boundary to separate farmers and larger animals. Kagera River functions as natural wall for the Eastern boundary. In 2015 Rwandan government reintroduced 7 lions from South Africa to the park. All 7 lions were fitted with GPS tracker and verified doing well. It is currently estimated about 12,000 large mammals and 480 bird species in the park. They are also planning to reintroduce black rhino in near future. There are two gates to the park, south and north. Basically, two major routes connect these two gates, one closer to lakes and the other closer to the western boundary. They are about 50 miles long and takes about 5 hours to drive through including a couple of stops. There was an incident that an angry elephant attacked a female tourist about 2 weeks ago. So, we were not allowed to get off the bus. We had 2 breaks in wide open areas where we could spot any approaching large animals and we had to stay close to the bus. We also had to keep windows shut due to horse-flies. These are nastier kind of flies with average size of 1 inch, and they bite and suck blood. Almost all the pictures here were taken in a moving bus through a window due to the reasons mentioned above.

Birds’ nests and some birds

I was lucky to get this picture of Grey Crowned Cranes. These birds used to be kept as pets and the park authority is trying to make it as their natural habitat. They believe there are about 200 of the birds now living in the park.

Some water buffalos including an unfortunate one 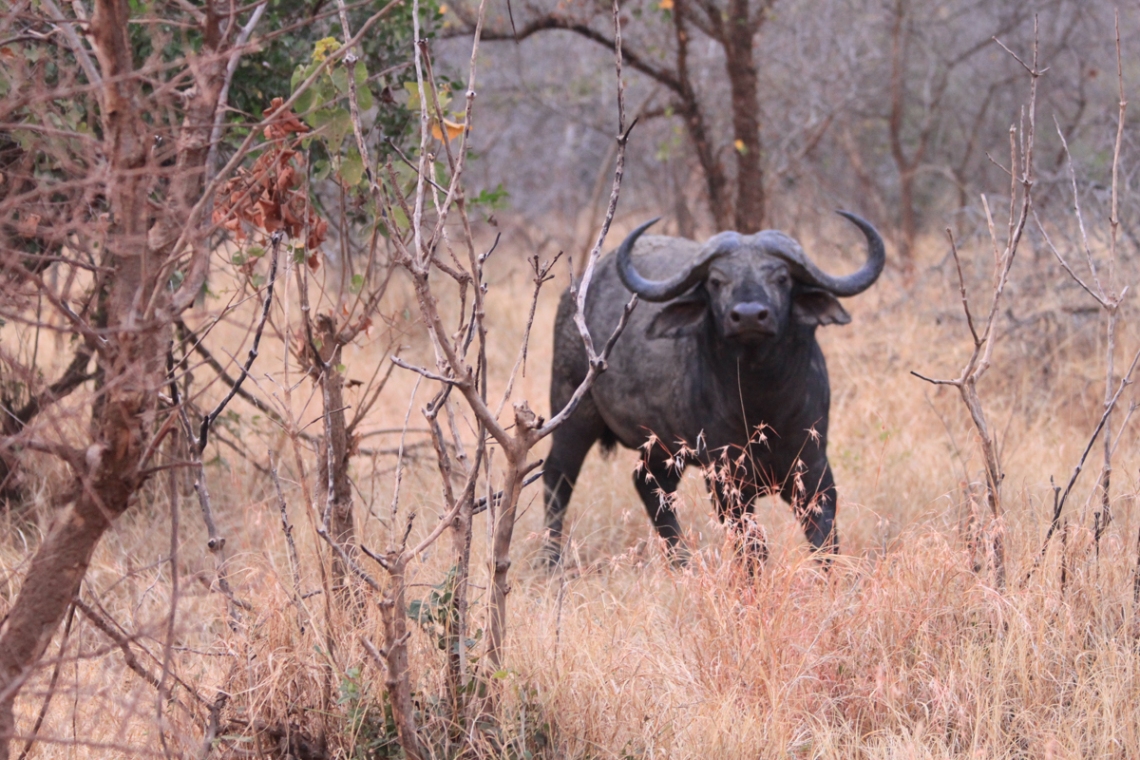 View all posts by Hong Kim

This site uses Akismet to reduce spam. Learn how your comment data is processed.